Rosalind Jana makes reality feel like fantasy, whether it's through the beautiful and elegant outfits she shares on her fashion blog or the way she sees and writes about the world. Her ability to inject magic into the mundane which makes scrolling through her Instagram feed a delight, and a constant source of inspiration. We loved talking to Roz about writing and why embracing sustainable fashion doesn't have to be a challenge.
Who is Rosalind Jana?
I’m an author, poet, and journalist. My first non-fiction book for young women Notes on Being Teenage came out last year, as did my poetry collection Branch and Vein (with the New River Press). I also write about a wide range of topics from travel to fashion to bodies to art for publications/ platforms that have included Buzzfeed, Dazed, British Vogue, BBC Radio 4 and others.

What’s your morning routine?
I always get up when I can hear my flat-mate grinding coffee beans! We have breakfast together and then she leaves for work. Then I normally float around in my dressing gown for a while – reading and pottering and generally putting off sitting down at my laptop – until I eventually can’t procrastinate any longer and have to get into writing (or spending endless, indeterminable hours sifting through my inbox and doing admin). Sometimes when I really need clarity/ focus I hop on the bus to the British Library to get a big chunk of work done.

When did you first start writing? How has it changed your life?
I wrote lots as a teenager – both for my style blog and for myself. I was always dreaming up short stories and poems and the like. But I think I really, seriously began pursuing it after having had spinal surgery aged fifteen. It felt like there was a particular imperative to write in the aftermath: partly to capture that weird, formative time, and also, perhaps, make sense of it. I began pursuing journalism after subsequently winning the Vogue Talent Contest, and writing has been a huge part of my life ever since then.

I don’t know if writing has ‘changed’ my life. It’s been fundamental to helping me build and shape the life I currently have. Writing has given me contact with plenty of incredible people – some now close friends – and so very many formative experiences. It influences how I think about things, what I’m observing and dwelling on, what I read, my ambitions, hopes, fears, all of that… Also, on a very practical level it’s what structures my days. And it’s one of the biggest joys too. I find it a very satisfying, sometimes exhilarating, craft. 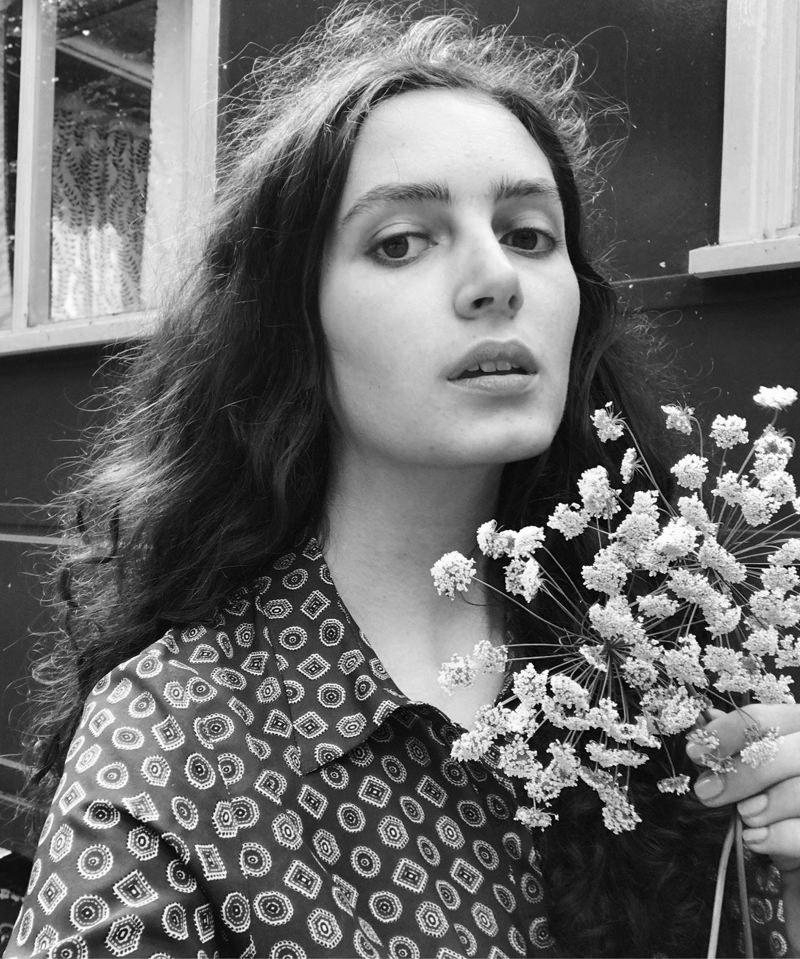 Do you see yourself as an activist?
You know, I actually see myself as someone who could be doing a hell of a lot more activism-wise. My passion for equality and politics and social justice certainly runs through pretty much all of my work whether implicitly or explicitly, but I think there are plenty people out there who are properly enacting and pushing for and facilitating change or progress in ways that are much more impressive – people who make me want to do more when it comes to volunteering/ getting involved/standing up for what's fundamentally important (especially at the moment).

When did you first start considering sustainable and ethical fashion? Why is it so important to you?
I read Lucy Siegle’s book To Die For as a teenager, and it had a profound impact on me. Realizing the scale of environmental damage, not to mention the inhumane treatment of workers, was a shock: an important one. I think it’s something we should all be more aware of. As with all elements of global production and capitalism, from our food to our technology, it’s important to be aware of the unsavory realities that underpin the things we buy – not least so we can try to change things. Because oh god does it need shaking up.
So many people don’t take sustainable and ethical fashion seriously, whether they think it’s a trend or don’t understand its importance. How do you think people can be better educated about the issue?
I think that watching the 2015 documentary The True Cost is a really good starting point, as it covers a lot of the basics – and lots of people have credited it with opening their eyes to the scale of the issue. On a more general note, I’d like to see more conversations about the tensions of caring about the environment/ other humans and wanting to do something about that, whilst also recognising the desire to dress well. Generally lecturing people that their decisions as a consumer are wrong or morally questionable doesn’t work. Instead we need more dialogue about how we most effectively push to transform the system, how we can subtly change our shopping habits (buying less and really savoring each purchase, for example), how we can open up room to talk about modern culture’s relentless emphasis on consuming new stuff all the time etc etc.

Basically, I think it’s ok to try to change things and raise awareness, and perhaps be a bit imperfect and contradictory in how you go about it – but know it’s better than doing nothing at all. 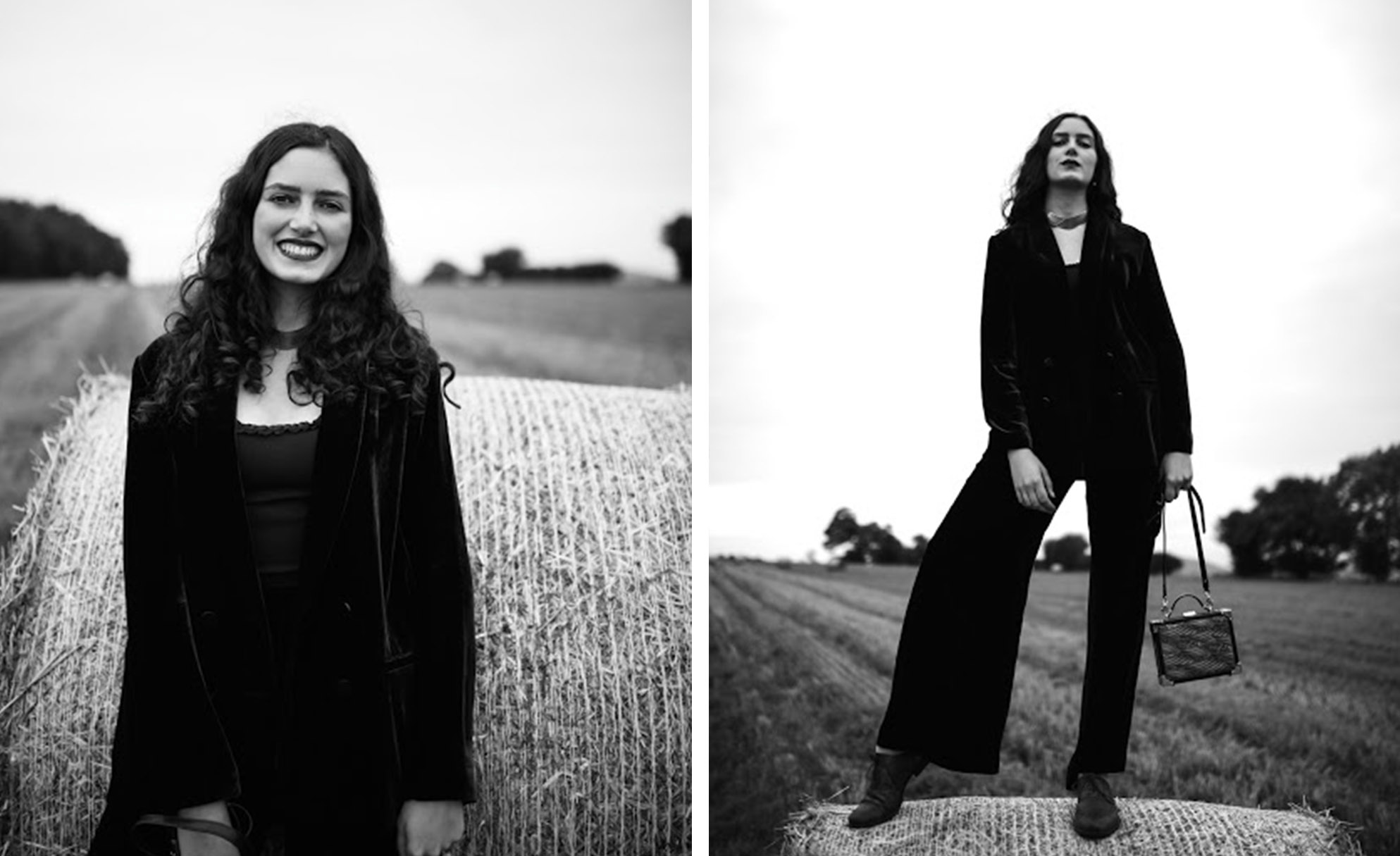 What are the ways that you #wearthechange?
I rarely shop on the high street. I do make the occasional foray (I do have a weak spot for & Other Stories) but still stick mainly with charity shops and vintage – which is a pleasure thing as much as an ethics thing. I love browsing through racks of second hand clothes. And I’m always on the lookout for brilliant sustainable designers/ boutiques to buy from and shout about. My favourite at the moment is Birdsong–the most amazing site that works with a number of different women’s organisations to produce their very, very lovely clothes.

Who and what inspires you?
Books. Amazing people. Films. More amazing people. Activists. Authors. Artists. My mum. Music. Someone in a good outfit I pass on the street.

Favourite book
I have so many. For now I’ll say Ali Smith’s Artful because I reread it recently and she’s such a sharp, clever writer whose books are veined with warmth, humanity and an exhilarating sense of possibility. 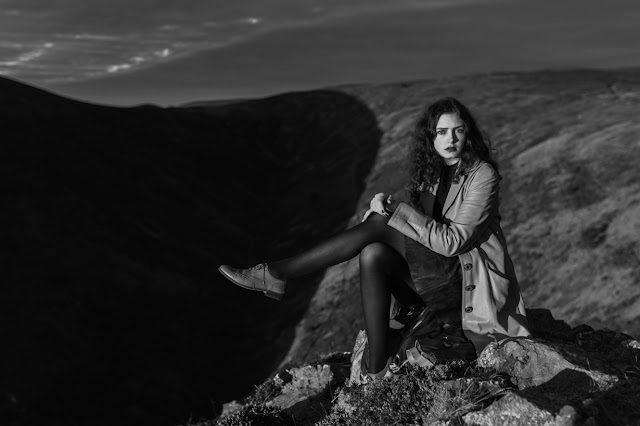 Best advice you’ve ever been given
Someone I really admire once told me that there was nothing wrong with being at work or in a busy social situation or whatever and just owning your right to be powerfully quiet. I remind myself of this a lot when I find events overwhelming or stressful: that being chatty and receptive and sociable is really fun, but also sometimes being silent/ more observant and being comfortable with that is also totally ok.

What are you currently listening to a lot of?
Perfume Genius, St Vincent, This Mortal Coil, Lorde, Camille, and Max Richter’s score for Woolf Works. Oh, and Sufjan Stevens’ song ‘Visions of Gideon’ from the soundtrack for the film ‘Call Me By Your Name’. It’s exquisite and perfect for moodily scuffing through the leaves in the park/ sitting on the top deck of the bus after dark watching London slide past.